I bought danishes today. I’ve never bought danishes in my entire adult life although as a kid, I remember begging for them at the grocery store with my mom who never caved, not even once and she had four kids, not three. I grew up in a house where homemade zucchini cake was considered decadent and white vitamin C pills were spread under our Gentle Rain health food store peanut butter over whole grain toast. 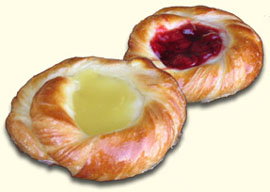 We finished Ellie’s swimming lesson and I had Hanna and Chloe with me cheering her on. Hanna had been home from school and perhaps it was a combination of her being sick last week and having her home now for the fifth straight day, Chloe not napping while at the pool which usually has me sweating buckets wondering if today will be the day I have to nurse her on deck in front of the pervy dads with nothing better to do than take a peek.

Maybe it was the fact that when we left the house, the sun was shining, birds were singing but when we left the rec centre (the one celebrating its’ four month anniversary of the pooping causing us to evacuate), there was a full on storm circling our foursome. Maybe it was the fact that when we did get into our dirt splashed, silver van, buckled into our seats, soiled the floors and a hard cover library book with wet, sloppy shoes, I was getting dangerously close to a meltdown.

Maybe it was the two grocery carts cemented together that I was so determined to separate (with one arm as I was carrying car-seat baby in the other) that I was willing to dislocate my own shoulder to do so. Maybe I was relieved that my neighbours who had spent the night with two sick children who had crapped their pants, thrown up in their beds and on every inch of carpet in their house, had not come to our house for dinner last night as planned. Something happened and all of my motherly instincts just skipped neutral and went directly into park. 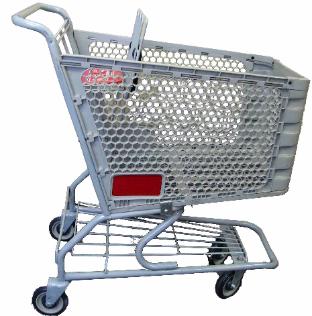 The danishes were displayed messily on a table at the front entrance. I think they were on sale, probably because they were stale or filled with mould but I didn’t really notice the price. All it took was one whisper from Hanna, “can we have these?” with that missing front tooth, that, I know my mom will say no because she always says no to anything I want that’s awesome or fun, look on her face and I just said “yes.” Hanna and Ellie looked at each other and their eyes danced. They told me I was the best mom in the world and they would do whatever I asked them to do for the rest of their lives. I told them never to discuss the danishes and they could have one after they ate their lunch.

Holding off on discussing them lasted less than three racks of food, one quarter of an aisle and they began to lick the carton (Club pack size to boot) and plan their attack. At the check-out, they carefully watched where they were being packed. On the hike to the van, despite the gusting pelts of rain hitting them in their rosy red cheeks, they wouldn’t take their eyes off of that bag. They asked once on the drive home if they could eat a Danish as a treat on the way home and I gave them the one eyebrow in the rear-view mirror. In order to retrieve them, Hanna would have had to put those gymnastics moves to good use and do a complete full twist, arms under legs, all the while being buckled into her seatbelt, but technically, I suppose it could have been done.

When we unpacked the danishes I set them high on the breakfast bar and told the girls to go and play before lunch. Greg walked into the room, spotted the clear, plastic carton, a shape he was all too familiar with growing up and had been fondly missing for the ten years we have been married. He called me an imposter, tore open the container cracking the plastic completely up one side and wolfed down a Danish before I could even determine what flavour it was while the girls stamped their feet and begged for theirs.

He wonders why we don’t have treats in the house.