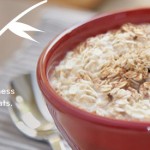 I continue to attempt to write. Today for example, I wrote an email to my mother. It was actually in response to an earlier email she had written to me asking if I was feeling tired these days. Moments after the breakfast incident, it seemed appropriate to let her know that yes, I was in fact tired and that I was actually admitting it in writing. While I don’t feel unable to function as so many women do with a baby just a few weeks old, I guess I am just going through the motions of life as opposed to actually living. I feel happy which I think negates some of the exhaustion. I’m happy that my baby appears to be healthy. I feel excited when the baby smiles at me, holds my hand and looks to me for all of her answers. I feel proud of my daughter in grade one for handling the role of big sister x2 so well and I feel delighted that my relationship with Ellie has remained strong despite losing so much of our one-on-one time together. All of that aside, am I tired? You bet. So tired in fact that this morning I poured oatmeal into two bowls for Greg and I (the girls don’t appreciate fibre the same way we do), added slivered almonds and sprinkled cinnamon on top. This is the same breakfast I have been making for at least three years and perhaps longer. I unplugged the kettle and began to pour the boiling water over the first bowl of oats. I stared at the bowl quizzically, wondering why it had the appearance of something other than oatmeal. It turns out, it was something other than oatmeal. It was flour. I had carefully measured two bowls of flour, added almonds, cinnamon and almost poured boiling water onto it. My pantry cupboard houses all of my baking supplies. My oatmeal and flour bags stand on the top shelf side by side. They are both large, one is white and the other is bright yellow so I can’t pretend that I don’t know the difference between the two from the shells of their outer appearance. While I am confessing, I have also blamed the children for hiding the convertor, only to find that I had placed it (carefully of course) on top of some frozen blueberries in the freezer. I have skipped whole paragraphs out of books at bedtime because I fear I am going to start drooling on the girls covers in my state of half-sleep. I have driven Ellie to pre-school and not remembered a single detail about the drive there. I have driven to an event expecting to find some signage only to discover I had the wrong day, wrong week, wrong month! Yes Mother, I am tired. I will sleep when I have written a book.