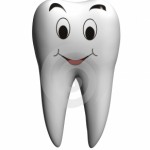 For all of our adventures on the beach, the glorious sandy walks, the sparkling sun reflecting off of the lake, watching our kids one year older, several inches taller, more comfortable around the water, Ellie saying, “could someone please pass me the darn-tootin ketchup?” nothing could compare to the girls real life treasure hunt in their fort on the bunk-beds.

They came streaking down the hallway to announce they had found something underneath the bunk-beds in their room. They claimed it was a real, human tooth. After close inspection, we determined, it was. It was a child’s tooth that did not make it into the vacuum on the last buzz around the room.

While I was initially completely grossed out, I saw the amazement in the girl’s faces and they were thrilled to find something that represented a major boost on the children’s stock exchange.  A form of currency that would be difficult to strip them of.

They immediately fought over whose pillow they would place the tooth under tonight thus, duping the tooth-fairy into giving them money.

We explained the tooth fairy would not be coming as she knew the tooth they were leaving for her had already been paid for and she never paid for the same tooth twice, in fact, this is where the double jeopardy rule originated and that is why you can’t be tried for the same crime twice. The girls were less interested in that second half of the explanation but sometimes we parents get carried away.

I also didn’t think it necessary to dole out $2 when I have expressed my disapproval over the going rate for teeth. It seems the prices went up with the housing market and have yet to level off.

Regardless, I likely won’t be getting any writing done tonight, there’s a small, hard lump under my pillow.

Two little ducks with feathers in their caps….