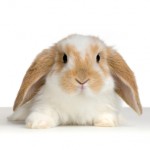 Writing will have to wait, today I am an explorer. We sent Hanna off to school and with our warmest woollies and Chloe strapped onto my chest in a baby bjorn, we made our way into the backyard for an adventure. Ellie started with a few snow angels, we played snow soccer where I was the goalie until Ellie’s lack of endurance caught up with her and she realized it took less energy to stand in between two cedars while leaning on a fence so we swapped positions. She swung on her swings and begged for under-doggies that when attempted, I nearly knocked Chloe right out of the contraption that took fifteen minutes to get her into and yet seemed she was going to become untangled and catapulted into a snow bank in a matter of seconds. The adventure started when Ellie pointed out the deer tracks running the length of the yard which were actually rabbit tracks. We decided to follow the trail to the rear of the yard, into the prickly, snow covered bushes, across the back, up the side until it happened. We disturbed the bunny in its’ home and it bounced away across the neighbour’s yard. “Mommy, we are the best explorers in the world!” I had to agree. Too bad I couldn’t chase after the bunny like Ellie wanted but the jeans I was wearing, borrowed from my girlfriend who wore them after she had her baby were fitting a little more snugly than I might have liked. I was glad to be able to do them up but they felt more like a second skin and I’m fairly certain that if I had eaten lunch, the denim would have just melted completely into my thighs.