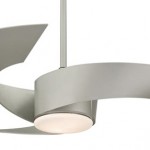 My editor for the lifestyle publication where I sell advertising space to local retailers told me once that she was always surprised by people who thought they knew how to write just because they enjoyed sending emails to their friends. I am that person she was describing. My interest in writing has always been reactionary. I send a note, someone tells me that I should write a book or that they had a good laugh at my message (or my expense), they forwarded an email I wrote about a sinfully boring trip to find a ceiling fan and those people saved it, laughed and so on.

G and I haven’t been up to much lately. The other night we had an adventure at The Building Box in the lighting department. We went to pick out a dining room light and a ceiling fan/light for our bedroom. As there were no sales reps for miles around Greg decided after choosing the fan he liked to reach up and pull the string to see how it would look while it was running and how powerful it could get. I guess the staggering system they have in place wasn’t tested by a tall, overly-excited first-time-home-buyer. He had foiled their plan to keep the lights off-limits to customers, admiring them only from the ground, never watching them fulfill their spinning destiny, because the two lights on either side of our chosen fan ended up getting smashed by the blades as they whipped around and made the loudest pinging noise echoing throughout the aisles of the store. That certainly got the sales reps attention and several of them came running trying to STOP THE MADNESS!!!!

At this point the string was swaying from side to side and nobody could grab a hold of it so we were all jumping trying to snag the end so we could stop the fan—no such luck. By the time someone crawled up onto a stool, lights and fans were destroyed in all directions and Greg and I were covered in glass, thoroughly embarassed.

The young teenage sales rep sent us home with the wrong bulbs for the dining room light which really ticked me off because in our excited state we called an electrician from the Building Box parking lot and had him meet us at the house to install them. So now we have an electrician on the clock but no bulbs to test the light to see if it works. I then got back in my car
(in cognito in a ball cap and different shoes)–like that would fool them, and raced back to the store. The kid who served us the first time was once again busy with a line-up of impatient customers (me being one of them) so I waited for about ten minutes (adding up how much our guy would charge us for 10 extra minutes) and she finally came through with the right bulbs with a half-hearted apology. She then told me that I had to go to the “Info Centre” to exchange the old bulbs and pay for the new ones. I explained that I was in a rush but she ASSURED me the “Info Centre” was the place to be at.

I waited in line at the “Info Centre” for another ten minutes and when I got to the front of Diego something or other’s line, he told me that I had to go to the “Returns and Exchanges” desk in order to complete the transaction. I’m a reasonable person. Maybe the combination of the unnecessary trip back to the store, the line-ups in the store, the non-existent apology and my God the HEAT! left me seeing stars. I raised my voice at Diego (manager in training) and told him I was not standing in another line because of a mistake they made and that someone better give me some service right now! I’m not going to say that he didn’t look surprised at my hissy fit (no more surprised than I was) but it definitely worked. He found another teenage girl who was chewing bubble gum, twirling her hair and talking on the phone to I can only assume her punk-ass boyfriend with greasy hair, covered in tatoos who was probably driving his Harley around the block waiting for her shift to end so he could bruise her neck with some more hickeys and she rang through the transaction.

I think I might be losing it. All for a $3 purchase!