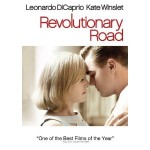 I couldn’t even get started on the first of January. Already, I’m one day behind, an entire morning behind, five years behind. I said I wanted to be published by the time I was thirty. Not sure who I said it to but I’m sure the conversation happened, at least in my mind. I’ve had my lunch, folded some laundry, put one child down for a nap and am rocking a second in a bouncy chair with my foot while the third is having a play date at a friend’s house. I watched my husband play Wii bowling with our three year old while I made lunch, cleaned up the slopped yogurt and gagged down a glass of metamucilled water. So, I guess I have some legitimate excuses as to why I haven’t written anything in what seems to be a dangerous amount of time. I am making the commitment this year to get something started. The idea of the resolution is a terrible motivator, we all know how that turns out. Why start something today that you could have been doing for years? I guess Jan. 2, 2010 seems as good a time as any.
We watched the movie Revolutionary Road last night with Leonardo DiCaprio and Kate Winslet. While it was extremely well acted and cast perfectly with two actors I happen to love, I was puzzled by the critical acclaim the movie received. My husband and I actually found ourselves giggling in parts where we really had no business laughing. We commented on how my father would have been sarcastically questioning the awards the movie brought home. I guess in part because April, played by Kate Winslet was a woman who desperately wanted to live a full and exciting life and not be complacent in a town that didn’t stimulate her or offer any kind of external gratification. Her husband Frank (DiCaprio)had a job that wasn’t terribly interesting but it paid the bills, supported their family of four.
Greg and I both looked at each other, wondering what was wrong with that? At least, I hope that’s what he was thinking. A life with little risk, some reward, healthy, happy children and a house we can call a home.
I guess that was the fuel I needed to sit down and clack away on the keyboard for at least a few minutes with a six week old baby now grunting with each squeaky rock on the bouncy chair. I’ve never had a job that I found terribly interesting, though, there was always decent money to be made in advertising sales so complaining to friends with low incomes seemed futile. How can someone make a living, a real living a good living, a phenomenal living from taking words that travel from their brain to their finger tips and form something worthy of someone else’s time, energy and money. It’s not a block of cheese, a box of oranges, a widget, a wazoo, a thingamaboo, something tangible that fulfills some void in another person’s pantry.
We read a ton of Dr. Seuss books to our children and I often comment on how brilliant that man was. I wish it were as simple as finding a theme, making up words when there is no word in the English language that has any business rhyming with anything and whimsically…..just returned from a quick break. The baby played on her mat with the dangling mirrored animals, I fed her for about fourteen seconds and she is now back on her mat, this time resting peacefully and I am enjoying a macadamia nut cookie purchased at Costco this morning. Oh yes, writing. How does one have time to write with all of the child rearing, house cleaning, cookie eating and I guess I better add yoga classes now that I’ve scarfed two cookies since sitting at my soon to be sold dining room table, on a laptop that is shared with two kids and could probably be of great use to us if programmed only with emailing capabilities and nickjr.com video games. Distractions.

The Magic of Writing