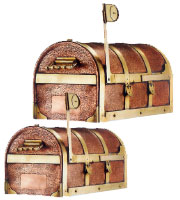 I received an email this morning that arrived in my inbox last night at 11:30pm also known as, that foggy period when I find myself actually under the covers, in a prone position, before being startled awake for the next feeding. It was written by a young person and I had a hard time deciphering the new email lingo. There were a couple of “btw’s” and “omg’s” and ended with an “lol.”

I remembered the first time I saw “lol” in my inbox and it threw me. I had received a message from a male co-worker who said something that I would not have considered funny at the end of his email and he signed off “LOL, John.” I called Greg over to my computer and with full disclosure showed him that a co-worker had signed off “lots of love” which was so ridiculous when the body of the message referenced an advertising deadline and a change being made to the submission process. Lots of love seemed more than a little amorous and totally inappropriate, crossing every work-place/relationship boundary, topped with a pinch of sexual harassment. I knew he had a strangely close relationship with his mother and perhaps this was his sensitive way of telling the world he was a loving being. I was thrown by it.

Have we become so incredibly lazy, we can’t write a short e-m response without chopping it up into tiny p’s?

No time to write today….need I say more?