I can’t write today as I have been buzzing around trying to ready myself for a shower I am hosting for my soon-to-be sister-in-law.

I wanted to pick up some prizes for the token game we have to play in order to officially put the afternoon in the books as a “shower.”

I opted for my favourite hand-soap which meant a dreaded trip to the mall.

Let me preface this by saying, I am not suggesting I am better than anyone at the mall. The very fact that I too am walking among the tattooed androids, makes me one of them, so I feel I should be allowed to vent my frustration about my fellow shoppers.

I told Ellie she could choose any place in the mall to eat. She chose a burger joint and opted for a small hamburger/ fry combo and I obliged. The guy behind the counter gave me a wink and threw a small plastic package onto the tray. I am assuming that all children receive this special gift but he was trying to make us feel as though we were being given something no other child ordering the burger/fry combo would be receiving today. Upon closer inspection, I realized it was a fruit roll-up. Thanks for the special gift. It is now glued to every piece of upholstery in the champagne mini-van and I will likely have to razor some of Ellie’s hair in order to remove it completely.

We chose a table next to Colonel Sanders. His white dinner jacket and moustache would have made him a dead ringer but he lost a few points with the fire engine red dress shirt, the burgundy tie and pinned  to the upper third of the mismatched tie was a poppy, third shade of red. In the centre of the poppy, instead of the typical green piece of felt, he wore a pin depicting a surfer holding a dolphin. 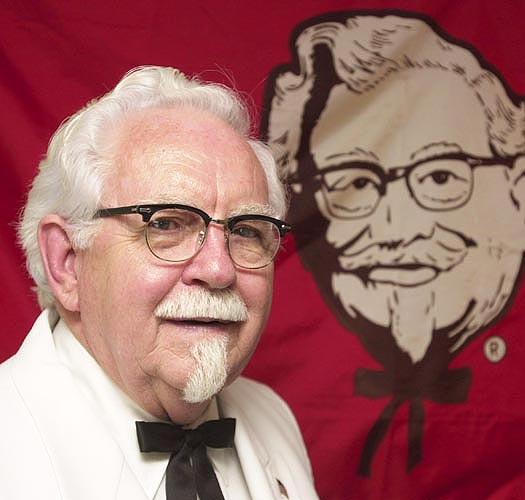 He was singing an old waltz….(I guess that’s redundant) to the woman across from him, presumably, Mrs. Sanders and sang; “dum dum deedle dee” when the lyrics escaped him. Ellie tapped her toes while I tried to keep her from making eye contact.

I entered a store and saw a real cyclopse. Again, I’m not suggesting I’m better than any other mall walkers, with the exception perhaps in this one case, of my enhanced peripheral vision. 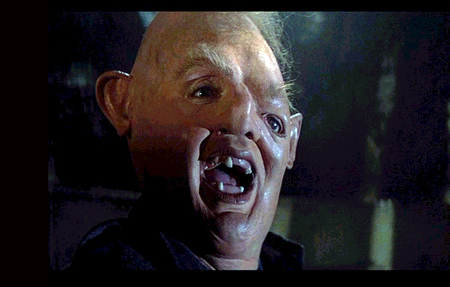 I watched a woman sound asleep at a table with one end of a straw in her mouth, the other in her container of white milk.

We saw a man smoking and while I tried to rush Ellie past, I knew the inevitable; “Mommy, is he going to die?” and my response, “yes” could not be avoided.

Our last stop was a trip into the drugstore where I had two pictures from 1987 depicting my baby brother in his underwear, wristbands made of toilet paper while he wrestled his teddy-bear, Hogan-style. I was having them blown up to be showcased at the shower and they are absolutely adorable. What I quickly realized is that people look strangely at someone giggling while enhancing a photo of a child in their underwear. Apparently this is not acceptable behaviour in modern society. Noted.

On the way home, Ellie said, “Mommy, I love you ONE ZILLION times around the world, PLUS sixteen, times three rainbows.”

Wow. I’m no mathematician but anytime you multiply numbers with meteorological miracles, the outcome is simply delightful.