One more day for Mom’s to have to clean up a big breakfast mess made by the family in “her” honour, sounds like every other day to me.

This year on Mother’s Day, my husband whispered (I guess it was supposed to be a secret so by whispering it to me, I would only be partially in on the secret plan?) He asked me to pick up bacon, eggs and thickly sliced bread from the grocery store. “So now I’m shopping for my own surprise breakfast?” I whispered back. A dream breakfast that is sounding a lot like his dream and very little like mine. For the past six years (at least) I have eaten the same thing for breakfast; oatmeal, slivered almonds, cinnamon, blueberries and a dollop of yogurt. I either see some nutritional value in my choice of meal, I like the taste, or I enjoy what it buys me from a physiological standpoint. Why do you suppose my husband would think I wanted to eat a greasy slice of bacon, toast and eggs? I certainly hope he doesn’t think I want it served in my bed, oozing yolks all over my linens.

Last year’s gift was a half day at the spa—a nearly impossible outing to find the time to enjoy and I couldn’t indulge in two of the treatments due to being pregnant. Now with baby number three, I have yet to have a ¼ day to myself to make it back for the remaining bit of pampering. I’m fairly certain the masseuse will have retired by the time I do.

My six year old brought home a fill-in-the-blank card she had created at school.

My mother’s favourite food is fruit—wrong–has she seen our over-stocked pantry cupboard? Based on the number of jars and cans alone it is clearly coconut milk.
My mother’s favourite drink is water–wrong again, it is ruby red vodka/tonic and lime juice. And I would have liked a double for mother’s day.
My mother’s favourite book is blank—correct–who the hell has time to read?
I am a mother of three daughters, I have a mother and a mother-in-law so Mother’s Day usually means, go go gadget private plane. Unfortunately, I had just enough jet fuel to get me to the library, swimming lessons, the grocery store, pick up from preschool, pick up from public school, to the garden centre, two breaths of fresh air, serenity now and back to the house.
If my mother could have any gift (she wants several) it would be a bathing suit. Yes, that’s exactly what I want a couple of months after giving birth. Why not add a thong and a backless dress?
My 4 year olds’ preschool sent home an adorable mother’s day craft. It was a poem that read something like, “when you’re feeling mad at me, just relax and sip your tea” and there was a construction paper tea pot, decorated by my daughter with a real tea bag stapled to it. Am I meant to drink this tea, thus ruining her craft by tearing the already flimsy, paper teapot to shreds? If I save it, the tea bag will rot in a memory box, attract bugs and require a major home renovation before we find the root cause. Thanks preschool for contributing to another disastrous Mother’s Day. 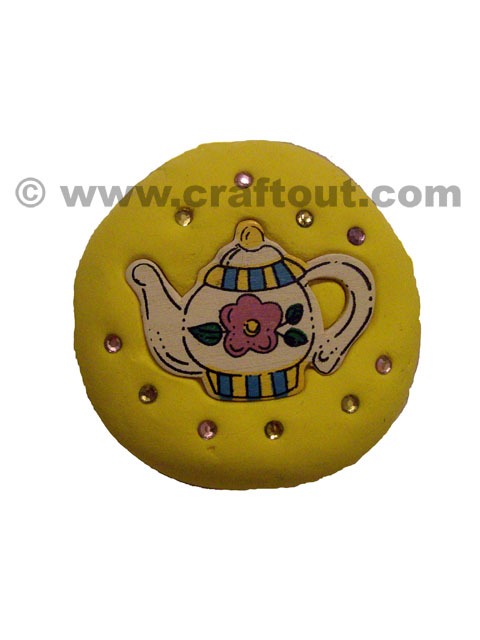 To all of the mothers of daughters out there, please help stop the madness by putting an end to this holiday that requires as much work as Christmas with the per day visiting ratio exponentially higher, unbelievably exhausting and unfairly greasy.
Today, for Father’s Day, my husband will be greeted in bed with a bowl of fibre 1 cereal followed by mowing the lawns of everyone in the neighbourhood, barbecuing for both his extended family and mine and his card will contain a beer cap that reads, “when I need to borrow your ear, go to the fridge and crack a beer.” It’s the flat one with the missing cap.