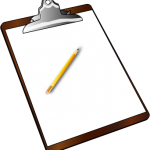 I had a laugh this summer when I was in the backyard with the kids and I heard our rear neighbour screaming at her son to get in the house, “Owen Funkenhauzer!” she yelled. I burst out laughing. I decided in that moment that under no circumstances would I allow my daughters to marry Owen Funkenhauzer (who happens to be a nice, young boy) because the potential of hyphenating Schlotzhauer-Funkenhauzer is too much for a parent to bear.

Perhaps my favourite mispronunciation to-date was three days after our new baby was born. I was waiting in the hospital lobby for a nurse to call our name to go for some blood work. Maybe it was my hormones running rampant, maybe it was the sheer exhaustion but after waiting a full hour to be called, I was fit to be tied. When a nurse appeared and called, “Hornsour” I didn’t flinch.

Hornsour? I heard a second time and glanced around at an almost empty waiting room. The nurse, now frustrated, looking at her clipboard called out, “Chloe Hornsour?” I looked at her and with a soft voice said, “Did you mean, Schlotzhauer?” “Oh, is that how you pronounce it?” I wondered if she had just glanced at her list, saw some random letters and decided to throw them together in an alphabet stew and see what came out of her mouth. We have since nick-named our children Hornsour, named a cat and a snowman Hornsour and plan to change our answering machine to, “Thank you for calling the Hornsour residence.” All thanks to my meeting at the hospital Nov. 23, 2009.