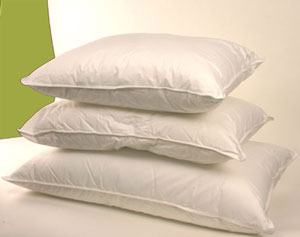 3:37a.m. and I’m trying something new. If I can’t write during daylight hours, I’ll try this instead. I have dragged my half dressed (okay, fully clothed), half walking, half forward moon-walking bum, having just finished a feeding, out to the dining room table to a) remind myself that it is still here and hasn’t sold and b) to write a few words. At this time of night/day, I have thoughts of the pickled ginger that came in our plastic box of sushi and why it is included, when clearly, nobody is ever going to eat it. People will pick it up, smell it and dare someone at the table to eat it, but it will never be eaten. I think about leaving Chloe behind next year when we take our older kids to Disney and wonder if she’ll ever forgive us when we pull out pictures ten years from now and she realizes she wasn’t with us. I think about the rattling sound our eaves are making in the cool, night wind. I think about whether our new washer/dryer scheduled to arrive tomorrow/today between the hours of sunrise and sunset with no promise of even an eight hour delivery window, will be as practical, functional and dare I say dedicated to the task at hand as the set we just sold to the one guy in the world who appeared to need to wash his clothes more than any other human being on the planet. I think about all of the words that are being highlighted by my spell-check, likely because my fingers are as lazy as my brain. I think about what to do for our summer break that will be fun for the kids. I think about all of our red wine and when I am ever going to get the chance to enjoy an uninterrupted glass. I think about why I can’t come up with an original skinless, boneless chicken recipe despite google offering me thousands of options and gravitating to the old barbecue standby every time. I think about the pashmina Erin bought me while in Argentina and which of my grocery store t-shirts it will compliment best. I think about why my daughter has a girl in her grade one class who wears a bra, or at least what has been described to me as a bra causing her to want one. I think about how I would design a bra for Hanna who is as thick as the salt and pepper shakers accompanying me tonight, minus the curves. I think about my teeth and whether I’ll ever have to have my wisdom teeth pulled or if I can somehow shift in such a way during my routine x-ray that nobody will know they are there. I think about the word x-ray and how I would like to spell it differently. I think someone told me they “submerged” two things together today. I think about sleep. Good night.

6:04a.m. Oh dear. What the hell was I thinking? Stick to daylight hours.