The girl’s bedtime routine has been rocked by a few waves this summer.

For starters, we got a pool. This has changed everything. Their eating patterns, their sleeping habits, their religious status, the swim has taken over every second of every day.

Most nights, we approach the bedtime routine a little later than during the school year, always with the “It’s summer! Summer is meant to be fun!” approach. Or, “They don’t have their land legs yet,” or, “Their hair is still wet from swimming.” Or, someone asks if we are from Adam and Eve or if we’re really monkeys.

But sometimes, not all the time, there are some rare occasions, I’m not proud of what I’m about to confess, I really just can’t wait for the girls to settle in (to their own beds) and fall asleep so that I can get back to my decanting.

It’s usually on those nights, the girls are mostly interested in dancing, laughing, running down the hallway claiming dehydration and general tom foolery that Greg and I are no match for.

Last night was one of those nights.

We tried to put the girls to bed at their normal 8pm bed time.

Me: “Did you brush your teeth?”

Chloe: I’m counting Ellie’s wallet. Get your butt in here.

Oh dear. We simply can’t tolerate this “get your butt in here” anymore. I guess laughing the first time she said it was a huge mistake but third child, rules out the window, you get the idea.

Me: Chloe, Mommy doesn’t like it when you say ‘get your butt in here,’ it’s not appropriate.

I guess the inappropriate language was a distraction from the real problem, the fact that she was shredding her sister’s Canadian Tire paper money that might as well be mint chocolate chip ice cream because Ellie loves both unconditionally.

Hanna emerges from my bathroom looking a little differently.

Me: Hanna, are you wearing make-up?

Hanna has light red hair and pale skin. It doesn’t take a CSI to notice three gallons (per eye) of black mascara—still left over from a wedding I went to seven years ago.

Chloe is serenading us with a recorder she found somewhere. I’m less concerned about the high pitched squeaks coming from the bedroom than I am about the history of this recorder. If she stumbled on this germ-laden thing in some bin marked “Germ laden stuff” what else has she gotten into? Did Hanna give her some home perm solution while she was gussying herself up for the single’s dance?

I don’t really have time for a two (and a half!) year old’s interpretation of Hot Cross Buns as I’m searching for a cleanser that will remove seven year old mascara from eight year old freckles.

Someone is claiming dehydration. It must be 8:30pm.

Hanna: Is Daddy eating chips because I can hear the bag crinkling.

Chloe: Chips! Daddy get your hand in here!!!! 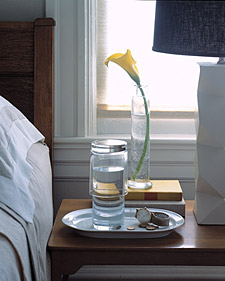 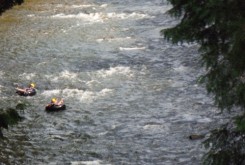 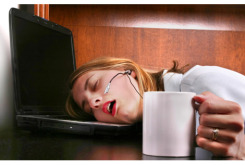 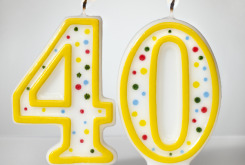