Chloe has been asking for a “couch slash bed” for twelve days.

Twelve days may not seem like an eternity to most people. A twelve day European vacation is actually a few days short. A twelve day diet is likely not all that effective. Twelve jumping jacks? You probably wouldn’t even break a sweat.

Twelve days of a six year old asking for a “couch slash bed” is the equivalent of a person begging for something three times per minute, every hour, 24 hours a day, seven days a week for twelve days…and counting.

That’s 4320 times we hear, “Is it time to measure for my new couch slash bed?” per day. Over the course of twelve days, that’s 51840. In dollars, that’s about the price of that European vacation for one person. And I nominate ME.

What is a ‘couch slash bed’? No one knows for sure.

It’s something Chloe has either invented or watched on a show about mermaids who live in a mystical land where the word ‘slash’ is pronounced, rather than just used as that part of speech that separates two items; for example a couch and a bed.

So, points for persistence. She has asked me while partially asleep, “Mom, tomorrow can we go to a store to find my couch slash bed?”

Or after I’ve had a huge dinner with a glass (or seven) of wine, “Mom, can we talk about that couch slash bed situation?”

Sure honey. Anything. Maybe with a built in corkscrew and tasting table?

She has asked to visit a store that sells this magical-doesn’t-exist-couch-slash-bed so we can price things out and I’ve found myself nodding in agreement because it’s just easier than talking about Instagram villains with Hanna or who we should make a citizen’s arrest against for jay-walking with Ellie. Couch slash beds seem the most interesting indulgence these days.

Sometimes I humour her, “Tell me what colour this couch slash bed would be?”

“Well that depends what kind of dog we’re getting.” Right, the dog discussion has been completely put on hold during the couch slash bed campaign of 2016. That might be the only bonus.

She really has thought this through.

A Run-Walk With Some Eager Kids…. 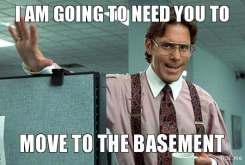 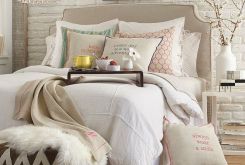 The Plan That Never Works….