Last weekend, we were at my brother’s wedding in California. We’ve never been to California and it’s been yonks since we’ve been in a wedding party.

San Diego and surrounding area quickly became one of our favourite places to eat at and run on the beach with navy seals–both contributors to how and why I probably let my guard down. Oh and when I say “run” with navy seals, I mean, chase discretely with my camera.

I saw a Facebook post from a friend that said, “Liz Hastings!” so I opened the link. It directed me to an open casting call for a non-dairy milk commercial. Hmm. I assume there are other Liz Hastings out there but this came from a reliable source and when I continued reading, I could see why she thought of me. The lack of talent. The fact I’d never even been in a school play or sung in the choir or even jumped in on the shuttle to the wedding when everyone else was singing Britney Spears hits but I did have a pretty rockin’ knee tapping thing happening. I’m guessing it’s the non-dairy milk stain on my chin that had her think of me.

The post mentioned wanting a Mom (check) in her forties (check) who was a “competent-ish” swimmer. Competent-ish? I’LL HAVE YOU KNOW……!!!

It asked for a recent pic (check) with no sunglasses or hats (see if I can ever find either) and a video of me swimming backstroke.

So, for fun, after a long flight home, I sent a quick note with a pic from the wedding with full, professional make-up 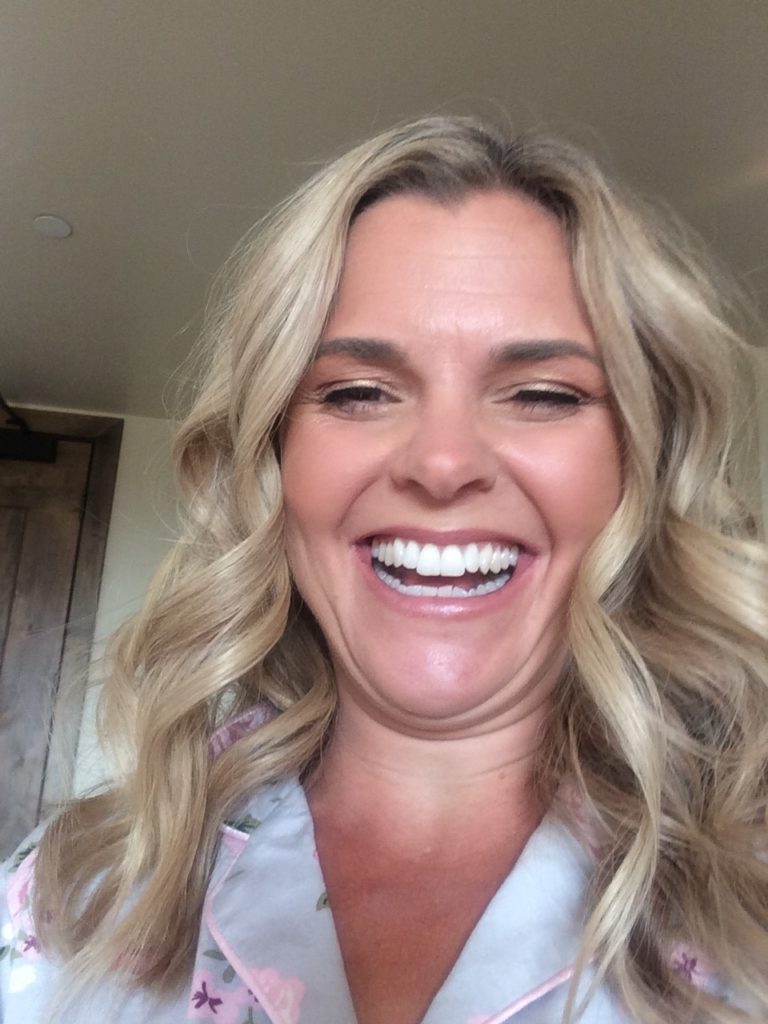 and a pic minutes before of how I look all other moments every, single day of the year unless I’m in a wedding or running in slow motion with a navy seal down the beach. 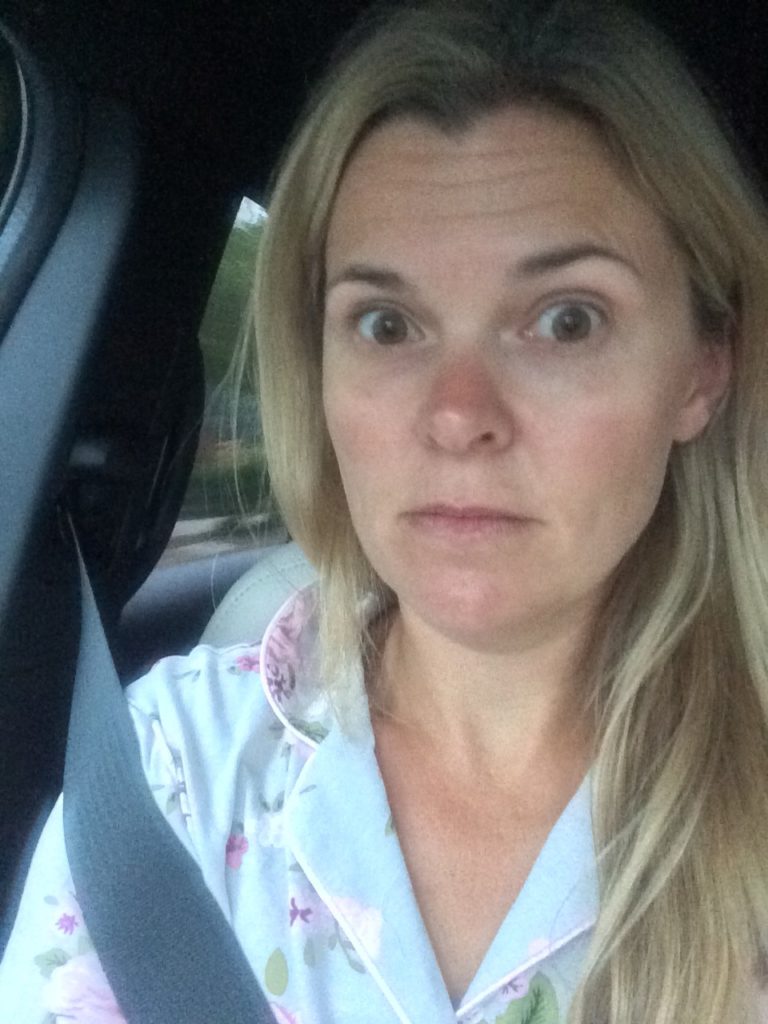 I did not include a video because that would require me to tell another human what I was doing.

Then I got an email back from the casting wizards asking if I could send a video of me swimming backstroke.

Sure! But now I need to let my husband in on this rather humiliating attempt at getting a glass of free milk…sorry, substitute. “Um, Greg? Can you bring your phone outside and tape me swimming backstroke in our pool? It’s for a commercial. I know I’ve never been in a commercial. Thanks a million.”

Off we went after a rather hilarious and weird exchange and I sent a ten second video of me swimming crooked backstroke in my curvy, backyard pool wearing a bathing suit I bought from Costco, foggy goggles and a husband who was looking up local, long term care facilities—just in case.

A couple of hours after the video was released (and deleted), I received an email asking if I could come in for an audition.

This milk just got real.

As I read the email, the phone was ringing. It was the casting people asking if I’d received the email and while I was on the phone, reading the note, I noticed something interesting under “Things to bring to the audition.” It said, “Here are the lyrics and a youtube link to the song you’ll be singing.”

So I asked the girl on the phone about the erroneous mention of a sing-along and she confirmed everyone coming to the audition would be singing.

“Well, just do your best. You don’t have to be amazing.”

I opened the video and saw the song was by Queen, one of the easiest bands to try to match vocals with. Better still, it was the one Queen song I’ve never heard of. And you haven’t either. Trust me.

A number of things ran through my mind in the following moments.

I drove to the audition because it had been a while since I did something so scary I soiled myself.

When I walked into the studio, a number of women were hovering around some song lyrics posted on a wall outside like they were checking to see if they passed a fourth year, calculus exam. One girl was singing (really well) to herself while swaying in her way-better-than-mine bathing suit while I threw up in my mouth and cursed to the tune of “We Will Rock You.”

Look, let’s not feel too sorry for me just yet. In life, you always have options. I could have walked back to my car (if I could find it) and driven home. I could have vomited, cried or a combination of both. I could have pulled the fire alarm. I could have slapped them with a copyright infringement suit for singing a Queen song without Freddy Mercury’s permission (may he rest in peace) or for picking one that wasn’t in Wayne’s World.

Or, I could wait for them to call my name and see what happens.

I followed the director into a dimly-lit room about the size of someone’s large, living room. There was a guy sitting at a desk beside an enormous camera with a laptop open, jotting notes on a clipboard. Very few words were exchanged other than, “Please take off your clothes (as you do when a stranger asks) and state your name into the camera.” I mumbled something like “Erin Brokovich” and nodded.

She then said, “You’re going to sit on this folding chair while singing the Queen song over the track while doing backstroke with your arms.”

“Don’t worry. You don’t have to kick your legs.”

And then, as if possessed, I started rotating my arms in a windmill motion while singing the first minute of a song I had never heard prior to 12 hours earlier. I think I was choking on my own ego (and a bit of lunch) for the first 10 seconds and then I started shaking and trying to sing over a strange type of giggling I may never be able to find again. My face and the rest of my body turned an interesting red that really brought out the white wave pattern on the folds in my Costco bathing suit. I remembered she said I didn’t have to kick, but my legs were definitely doing something in the donkey family.

She asked me to sing the song a second time. (Awesome!) “This time, I want you to sing it like this is your mantra while swimming. A little more introspectively.”

So, the opposite of the seizure I just had?

It’s really a blur from there. I may have fallen out of the room and down the stairs but I have no visible bruising to prove it.