Yesterday I was in the pool change room gearing up for my first lesson of the season.

I noticed two, brand new, barely used (maybe never-been-used), kid’s snorkels. The same snorkel I had just purchased for one of my daughters.

It took everything in me to keep from swabbing the tip of the mouth piece and rushing it to the lab for a DNA sample.

This better not belong to one of my kids.

I raced in the door after my swim and immediately rooted through my daughter’s mesh bag. Thankfully, her snorkel was there.

Then last night, all three of our kids had swimming lessons/practices and when we arrived home, I received an email from the office at the rec centre, “We found Ellie’s mesh bag. We’ll hang it on the office door.”

Impossible! I saw Ellie walk out the door carrying her mesh bag along with all of her equipment.

I specifically said, “Does everyone have all of their equipment?” And everyone nodded and seized the opportunity to ask if I had any treats.

I walked into the laundry room expecting to see the mesh bag. Nope.

Ellie apologized repeatedly saying she walked out of the building with it “and everything.”

How do you walk out of a building carrying your mesh bag “and everything” and then somehow toss it just before getting into the getaway vehicle? Was a bat chasing you?

Thankfully, Greg was able to pick up the bag and we made some pinky-swears that we would never leave a mesh bag behind again.

Except this morning (12 hours after operation mesh-bag) Ellie tried to slide her feet into her running shoes to head to school except instead of shoes there were just the usual dust bunnies and strappy sandals I still haven’t yet put away for the season.

“Ellie, where are you running shoes?”

Ellie looked on the shelf to find her water shoes. She had left her running shoes at the pool.

For those of you who are wondering, water shoes are running shoes (at least I thought they were until some parent two years ago said, “Do you know your daughter is wearing water shoes, not running shoes?” And I was like, of course. “Did you also know they’re two sizes too big and she’s almost tripping?” Well here we are two years later and she’s wearing them to run around a pool deck so who’s tripping now?) with mesh sides and I guess meant to be worn in puddles or in the rain or maybe entirely submerged in the water. They were heavily discounted at Winners and the colour wasn’t entirely offensive.

Ellie wore her water shoes (disguised as running shoes) to school and I headed to the pool to find her actual runners. (They’re actually probably hiking boots or Ninja slippers. No one has bothered to tell me.)

When I asked the girl at the front desk to “buzz” me in, I kindly asked, “Would it be okay if I ran into the locker room to pick up my daughter’s running shoes from the Lost & Found?” She said, “Well there’s a Lost & Found right over there.”

I know that. There were several Lost & Founds at various locations on my drive here alone.

I have done this about 12,000 times and I realize there’s a Lost & Found in the lobby filled with dirty sweatpants and yellow, stained towels. My kid left her shoes in the locker room and that’s where they’ll be.

I know the girl working behind the desk loved the power she held in her buzz-’em-in finger and really wanted to watch me dumpster dive in the big, yellow bin in front of her.

I also knew I had put $.25 in the metre which gave me exactly 6 minutes to walk into the building, collect my ballet slippers and get out.

Did she think I was a drug dealer? I was very careful not to say ‘heroine’, ‘cocaine’, or ‘meth’ when asking for the pink running shoes.

Why won’t she let me in?

Maybe when I said “My daughter” she thought, “Surely you can’t be old enough to have a daughter who knows how to swim.”

She finally let me in after I sold her my last baggie of meth (does meth come in baggies?). I did the walk of shame down the hallway to the change room, saw the basketball high tops, grabbed them and ran.

The thing is, I wasn’t even relieved to see the shoes. In fact, I rolled my eyes and sighed in frustration when it was confirmed, my kid did in fact leave two pretty substantial items behind this early in the season.

I ran back through the lobby, gave the finger to the girl at the desk and beat the metre man to my van, blinking $0.00!!!!!

I hopped in the van, smiled and he said, “Nice shoes.” 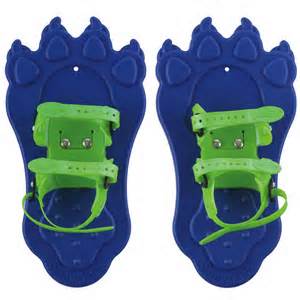